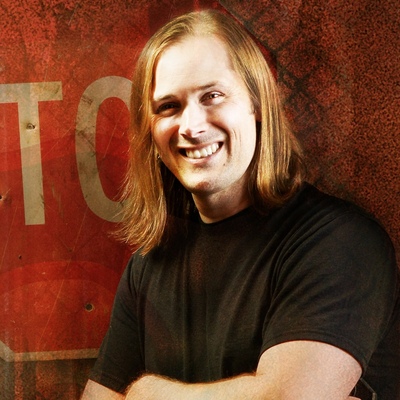 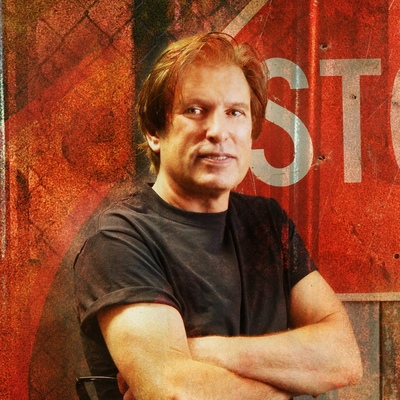 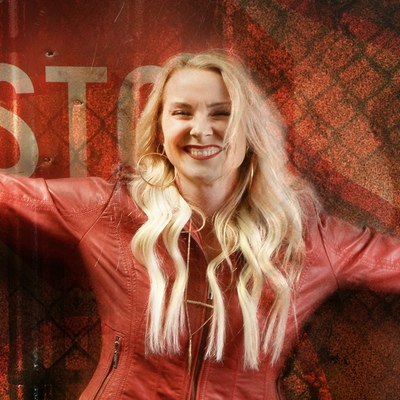 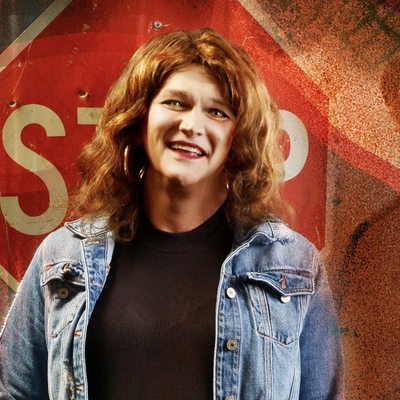 Tyson Conn is a rapper. Regardless of what his business card says, he’s a rapper. Sure, he’s the timekeeper for the musical mayhem that is The Rude Band. Yes, he makes facial contortions that have him on the short list as a Jim Carrey stunt double. It is also well documented he has studied with Bobby Gripp and Chuck Case, two very respected drum teachers, which makes him a very well-rounded musician. But it is Tyson’s skills on the mic that make him a favorite at Rude Band shows.

Tyson spent time polishing his mic talents on Augustana College radio in Sioux Falls, South Dakota, where he did everything from get coffee for himself to run the entire station…and he also graduated from Augustana College with a communications degree. Tyson has been a Rude Band member since 2006, impacting the set list with his gifted sticking techniques and rhyming capabilities. He also plays in the jazz group Sock Puppet Menagerie when he has time.

When not blowing people’s minds on the mic and behind the kit, Tyson enjoys crushing the hopes and dreams of young drumming students at Case School of Music while consuming mass quantities of Taco Bell. Regardless of all this impressiveness…he’s a rapper.

Trace Mahoney keeps fans of The Rude Band on their toes with his bass prowess, guitar gifts and vocal power. He’s also rather quick witted and is constantly peppering the crowd and crew with quotes from movies fans have to watch on Netflix the next day to know what he’s talking about. Trace adds a comic light and songbook heavy to The Rude Band catalog.

Trace hails from Yankton, South Dakota, and was a fan of The Rude Band for years prior to joining their onstage capers. Fans may have first caught a glimpse of him in the Go Figure Band. He has an AAS in drafting from NTCC in Norfolk, Nebraska and a BA in Computer Science from USD… smart guy.

Born in Texas and raised in the small town of Baltic, SD, Rachel Lord has been a student, a marching band persussionist, a cheerleader, a marine, a mom, a student, a home remodeler, a student, a model, an accountant, a volleyball player, a volleyball coach, an avid runner, a lover of filthy songs, a guitar player and a really Kick-Ass Singer!

Rachel started showing off her musical talent onstage around 2005. In addition to being in four bands over the years, she has appeared with many others including Powerplay and the Ron Keel Band

Rachel joined The Rude Band in 2021 as a Guitar Player and Vocalist and has brought new (and younger) life to the band.

Grace Hansen is the sole charter member of The Rude Band, which could kind of be like being Tom Hanks in "Castaway", but is more like being Eugene Levy in the "American Pie" series. Grace’s versatile guitar work along with her stellar vocals, which are consistently compared to Bonnie Tyler, have long been a highlight of The Rude Band shows. Her dance moves, that were apparently modeled after Julia Louise-Dreyfus from "Seinfeld" are worth a glance as well. Her ADD is probably the reason behind the set list roaming from Garth Brooks to Maroon 5 to The Bangles to Cyndi Lauper to AC/DC and back during a Rude Band show. She’s also been known to pilfer a drink from an audience member not paying close enough attention!

Grace has been on stage dating back to 1981. A Brookings, South Dakota native, she attended Gustavus Adolphus in St. Peter, Minnesota for music performance before returning to South Dakota and graduating from Augustana with a BA in Management Information Systems. Don’t feel bad…only Grace understands what that means.

When she’s not entertaining people in The Rude Band, Grace has been a full time, IT consultant since 1997…but the crowd isn’t as loud or attractive at that gig. Come see The Rude Band and hear Grace shred through a solo on her guitar and dig her ridiculous vocal range…just don’t try it at home!

Site made from Web Concentrate